Falling for the Largest Falls in Central Europe


We usually look at flowing rivers and lakes as the calming force of nature, which brings us scenic vision and abundant joy. But when the same water bodies turn into majestic waterfalls, the power and strength it represents can put you in a spell. You must have seen your share of glorious and serene waterfalls tumbling down the hills or amidst the emerald forests. Located in Switzerland, Rhine Falls is the most powerful waterfall in Europe.

Remnants of the ice age With a spectacular castle perched at one side, an old railway bridge standing proud, the water flowing beneath the bridge flows smoothly before it turns into a powerful force that cascades down the heavy rocks and structures.

During the ice age, some catastrophic changes that happened in nature later turned this into a marvelous beauty. One such tectonic shift caused the formation of Rhine falls about 15,000 years ago. The transition point of the hard chalk to soft gravel now has water gushing down at lighting speed. The waterfalls are about 150 meters tall.

Even though the waterfall evolves into its glorious form during summer, it doesn’t lose its luster all year round. 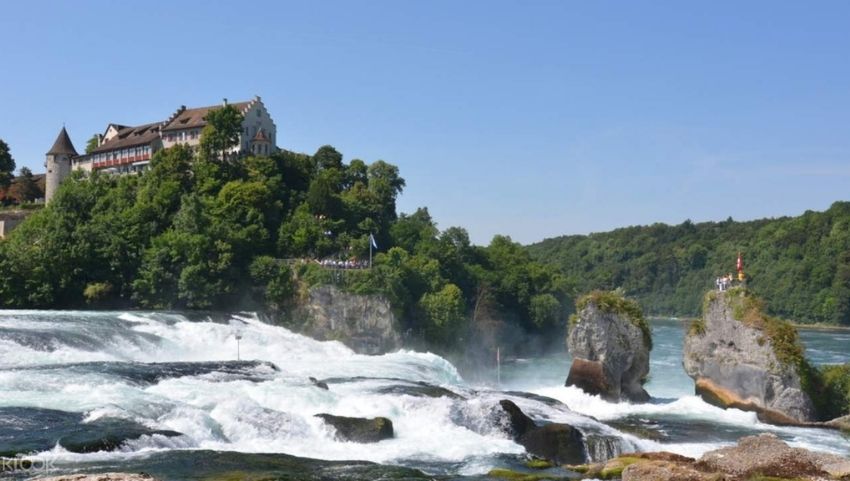 These waterfalls have something so magical about it, you can choose a vantage point from where you think you will get the best view, but the beauty of this place is so seductive that you won’t resist seeing it from all the sides. Some people get boats, some prefer watching it from a platform, but a true explorer soaks the view from a 360-degree angle to satisfy his/her wanderlust soul.

You will see two magnificent rock structures dividing the waterfall from one point. The intriguing natural arch within the waterfall looks untouchable. There is a platform protruding directly over the waterfall itself, which will give you a vintage pov of a castle and milky stream down below. If you stand there, the droplets from the water striking against the rock will sprinkle on your face, putting a smile that’s long lasting, immersing you in the entire surrounding.

Take a boat if you want in the exhilarating experience of seeing the fall from a close distance. The boat stops at the big rock in the middle of the river, where now they have maintained steep stairs that will take you to the topside where you can stand between some railings and a swiss flag to enjoy the stunning beauty of the fall. The place is known as the middle island, there is another tiny island near Schlössli Wörth, which has a 100-year-old castle located over it. Surprisingly, there is a very nice restaurant inside, giving you a lovely view of the fall as you enjoy different delicacies.

Stony pathways and bubbles of excitement 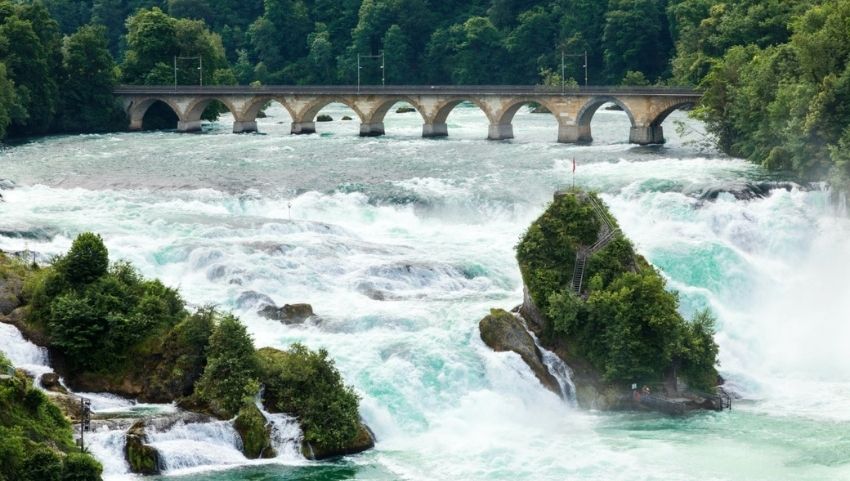 As you roam around trying to take in the view from all points possible, you will pass through walkways that ascend towards higher vantage points. These higher paths will give you a breathtaking view of the bridge that connects Neuhausen and Schloss Laufen.

You will come across the 'dynamo', an exhibit that demonstrates the potential for harnessing waterpower. Fishes do not come up, but eels do. The only marine animals that might give you a surprise if you are lucky. They do climb up over the rocks. They get along well with ducks in the waters.

You can feel the power of Rhine falls with your every fibre of being, the time seems to slow down as you stare at the blue water cascading down, flowing through the rocks. It feels like the streaming water and the blood gushing through your veins are both variants of the same force of nature.

Admin
December 06, 2021
See Experts for this Destination?
Share This Blog